Tom Clifford was asked back to record a feature segment of the "Drill-Sergeant" character for the Mortuary's Mystere Embalming Escape Room, down in NOLA. 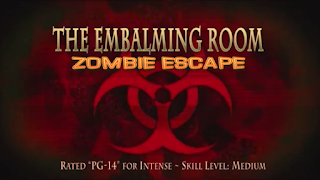 THE MYSTERE EPIC ESCAPE ROOM EXPERIENCE at the world famous MORTUARY HAUNTED MANSION is a fully interactive and immersive LIVE ESCAPE GAME. You and your friends, family members, and colleagues are at the center of a thrilling mystery unlike anything you have ever done before. Test your wits and your grace under pressure.


The voice is a cross between George C. Scott's interpretation of General George S. Patton and the drill sergeant from Stanley Kubrick's "Full Metal Jacket" played by; R. Lee Ermey. The copy was filled with trademark sayings and descriptive escape room rules. Click on the 'Play' arrow to the right to catch the original run-through of the Drill Sergeant in " Full Metal-to-the-Pedal Utube Action" .

Revisiting the Salt Lake City area of Utah again with a booming read for the UTA's Fare-Pay radio Promo. Last time out in this neck was on the Apolo Ohno 8-Zone campaign and the Mormon Tabernacle Chroir. 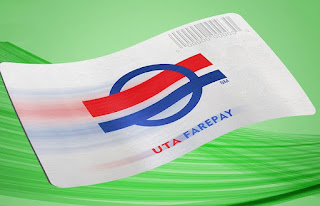 My agent in Salt Lake City sent me out on a series of spots for the UTA Fare Pay program. Wound up booking the Tasty spot. They wanted it much the way Ving Rhames does the Arby's "We have the Meats" campaign. Booking the spot was one thing, but recording and not over modulating was the real task. It's a 'booming' voice that needs steady monitoring or the volume starts to crack. Skyping with Metcom Studios in Salt Lake City they knew of the difficulties and were able to monitor the levels and catch any rise in variance.

The creative teams writing for 'Tasty' wanted to parody the Arby's spot for what usually is a straight forward approach to promo ride cards.

Using such phrases like; Fresh & Tasty... and Scrumptious to describe a fare-ride ticket took on a border-line ridiculousness. At one point the writer asked for a little James Spader in the attitude. Whether that's apparent in some of the read or not, it was fun throwing out possibilities to make the copy as abstract and humorous as possible. Nice to able to flex some vocal muscles with people that know how to run with it. PLAY SPOT