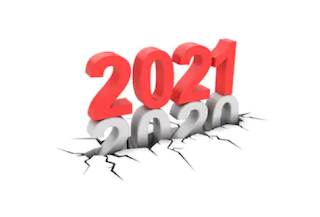 Wow! What a change form last year at this time..."It's been quite a year for voice-over & production. There was a good amount of rekindling ...it proved to be an excellent timing thing ...The Tv & radio spots came in as well from next door and as far away as Jordan ...with plenty of opportunity to create new characters with a bit of dusting off of the Pooh Bear as well".

This year, with its constant dousing of Bizarro-World reality, turned into a complete opposite of last years land-of-plenty. With a big ZiP for this years plenty; workloads, opportunities and ways of trying to make ends meet were for the record books! Due ostensibly to COVID-19 and any real-world plan for treating, tracing or dealing with the economic impact of what the virus has levied.

We're hoping the Biden team will tie up some loose ends with the admin of the vaccination process. Do the work on the details. Especially, if citizens need to get a 2nd and possibly 3rd booster shot to tame the spread. After all, it's getting a bit old working like we did this year for what amounts to be pro bono rates. Regardless, we tried keeping the creative juices flowing during the year. It helped with the centering too. Years end started to look promising with a few nibbles. Things felt like they could be headed towards some sort of normalcy, albeit adding the New part.

Here's a look back on the year's highlights - 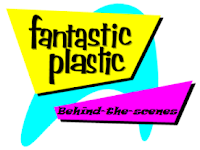 And Tommy Boy was on the Super Bowl back in February...at least in some part of the country.  Geez, does that feel like a long time ago. Will there even be a Super-Bowl this season? Back to the New Normal...we were part of the mix with Fantastic Plastic's (Ad Age) Championship season roll-out of the 'Winnie-the-Pooh' character for their auto dealership Damson's Auto. The TV spots appeared throughout the south east. They did a second batch of the character doing tags. 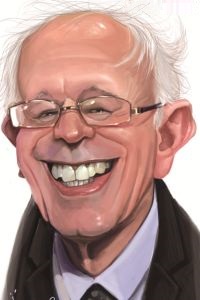 No matter where you stand on Bernie Sanders, one thing's for sure, he's a character. And as of Feb. 27th, the Democratic front-runner. Being a little quirky makes him a fun character to have fun with. Particularly, since this BLOG time slot was dedicated to another project.

What's that, does Bernie have a signature tag line per se? Well, just like the guy who said; 'The rents too damn high', Bernie's could be: "I'm sick & tired".

Bernie had a cardiac episode back in early October. He's been asked about it. And apparently it was all due to a few disagreeable tacos...

Just this last year alone was a whirl-wind of craziness. From nuking hurricanes with Sharpies to Miracle Cures for the COVID-19 Virus that began with Lysol. It had gotten to a long overdue point that Dr. Emmett Brown had to be summoned-up to finally get a hold on the situation... as he wonders if Jerry Lewis wouldn't have been such a bad idea after all. Great Scott for Operation Warp-Speed (Click to play video)

Enter Purfresh, the only company in the world that combines the ability to generate ozone for perishables during their ocean voyage with real-time satellite and GSM monitoring of the internal container environment. We were auditioned to do an English accent voice-over to lend a more sophisticated edge to the copy. Check out the various differences with American Vs. English accents. (Click to Play Video) 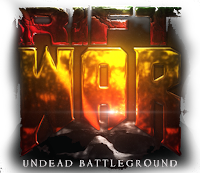 The Haunt Season started this year with an excited email from the client in early September, about a month or so later than our usual start.
They were cautiously elated to hear that their Louisiana governor had moved them into a Phase (III) order of Coronavirus restrictions for opening this season. A season they didn't think would happen. After all, these folks have several theme parks that are happening during the Halloween season and they all needed to have their advertising updated.  (Click to Play Video)

Posted by Tom Clifford VO at 3:28 PM No comments: