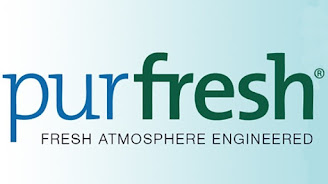 Hey, ever hear of shipping Container Atmosphere control? Well, we've all seen those monster-tainers being lifted onto and off platforms and ships. Guess what's in 'em? Cars, tv's, clothes and anything from abroad...including fruits & vegetables. If you want them to stay fresh they need an entirely comfortable atmosphere to survive their sometimes long journeys.

Enter Purfresh, the only company in the world that combines the ability to generate ozone for the entire duration of the ocean voyage with real-time satellite and GSM monitoring of the internal container environment. We were auditioned to do an English accent voice-over to lend a more sophisticated edge to the copy. The process called for a few topical changes to include Corona virus as it had become more of a concern and an added benefit of exclusivity in the marketplace. It was an extra benefit to be the voice of their website. 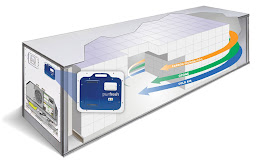 The Rub: The Controlled Atmosphere System with ozone, delays ripening of commodities; and ozone’s chemical reduction properties make the fruit safer to eat, by reducing pesticide fungicide residue. In addition, the pathogen eradicating properties of ozone, slows down decay and mold growth, further extending the retail shelf-life of fresh produce. What’s more, it also reduces the risk of contamination from harmful pathogens like e coli and corona viruses by up to 99%.

Click to view video on Utube or as a Web-Opener

Speaking of controlled atmosphere's, as the (4-day virtual/podium/recorded) RNC came to a close this past Thursday with our President's 70 minute acceptance speech and all the hoopla & spectacle that surrounded the last night, we feature a video that's a flash-from-the-past of another Republican. 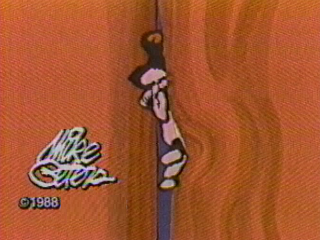 Check out a cool rendition (below) of Ron Reagan singing 'Happy Days' in tribute to his last State of the Union address in 1988. I was called in to do political voice sound-a-likes for NBC's Sunday Today Show. Each Sunday they featured a political animated cartoon (Mike Peters/Reagan) from one of the country's leading newspaper cartoonists. The static cartoon was jazzed up with a minimum of animation, some sound effects, music and my imitation of the cartoonists text. We wound up with a cartoon that lent an overall disposition of the political climate for the week. It aired the day before his speech on Sunday January 24th. It's introduced by Maria Shriver, one of the show's hosts along with Garrick Utley.

Below, is taken off 'AIR' featuring the views of Mike Peters, of the Dayton Daily News towards President Reagan's performance in office. We did a notable cartoonist for quite a few shows. This was one of the coolest gigs I had, thinking back. I was voicing for the likes of: Doug Marlette, Gahan Wilson, Paul Conrad, Tony Auth, Don Wright, Szep, Oliphant, MacNelly and the list goes on.

There's no denying the similarities between Reagan and the present 'Powers that be' in that they are and were hoping very strongly...whether We-the-People bought their brand of entertainment or not?