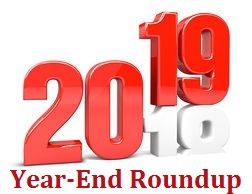 With last years focus on M-O-R-E, 2018 found that we had to real-in the generosity a bit if only to retain the overall values of our services. Also, it was a time to unearth who are the serious clients...and who's just pullin your chain. Case-in-point, a client who was in desperate need to add a integral part to their media, finally asked to ...whip something up and they'll pay cash!

Then, the 'We're not In till you don't need us anymore' dropped by for a visit...a lovely Christmas present for the season. You might be familiar with the drill; a client you've been working with for 5 or so years puts in an order and you don't heed the 1st principle of business and ask for a deposit first. Then, they abandon their commitment with all sorts of avoidance's. They were almost funny. Funny how...like a clown! It sucks. And it's my own fault for not asking for a deposit 'cause I thought it might be insulting to the Client. To boot, the area we developed had been absent. So, anything would be better than silence...and we covered all the bases. But, alas, it was falling on deaf ears.

Then the client finally surfaced and emailed us revealing they didn't have any time to come up with anything new and will leave things as they were for now. WTF! They didn't come up with anything. This was a page right outta Kelly-Ann's playbook! Alright, try and shake it off. Oh, what was a main-streeter business person do? Read that client the R-I-O-T act and burn a bridge? To make things even more sobering - this client was a referral. So, it's more than just one bridge burning.

Is there any recourse to recoup the cost of all the work that was done?
We'll see what develops for the New Year. If nothing else, now that the client has tangible product, we have skin in the game as it were...whether we invoice for it or not.

Otherwise, this year's tally's weren't half bad. Lots of different angles an opportunities...some gotten, some lost. 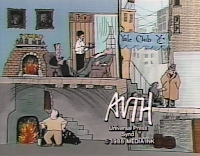 We ended the year on a mournful note with the passing of George H W Bush (41). As a tribute to our past President we featured an animated cartoon of Tony Auth's I voiced while with the NBC Sunday Today Show. We voiced a number of cartoonists almost every Sunday from the likes of: Paul Conrad, Doug Marlette, Don Wright, Szep, Gahan Wilson, Oliphant, Mike Peters, MacNelly and a dozen or so more political cartoonists back in the late 1980's and early '90's. 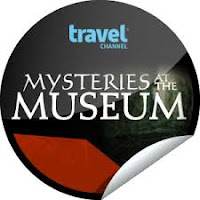 We had our long time collaborator & friend George Willig (WTC human-fly) appear on the M @ the M show after the producer saw our video  "Unclimbable"  on Utube. Only hitch was...they never told us! To boot, we wound up having to pay for the privilege to watch the episode! It was a Mystery to us. Blog Post George, in his inimitable way, deferred to it as maybe being his fault. "You know how I can be...don't be too hard on 'em". Either way, no sense looking a gift horse in the mouth and we made the best of it from the SEO we garnered from the itunes link of the episode.

Phenomena Advertising chooses TC & Company to launch their branding company. They're half-way around the world so wanted to give it all I got...and be g-o-o-d. They wanted an authoritative, confident and middle-aged sound to market a shoestring amount of copy. So, the pressure was ON to make every word count and do something unique, or as the 'Thing' would say...it's 'Brandin time! Blog Post

Was given the chance to work with a company based in the United Kingdom, called Brit Deals. Brit Deals Limited is an Amazon-like online retailer. BDL offers wholesale & closeout deals on merchandise in more than thirty different categories. This is not as easy as it sometimes sounds. And here's the rub; British pronouncements of key words can trip-up your delivery from sounding as though one is trying to do an accent to one that sounds authentic & believable. Blog Post

Another referral has been landed with the American Broadcast Employees Federal Credit Union. We were hired to voice their VOiP and multimedia with New York & California as initial starts points. With hopes that it'll catch on to their other satellite branches. Blog Post

Canobie Lake Screeemfest continues In-House with Tom Clifford as Halloween Season unfolds. What anyone in this business...or any business fears is the changing of the guard.
Changes are inevitable and will have little to do with your past performance. The best thing anyone in business can tell you after a new rank & file comes in... they STILL want you On-Board to continue representing their company image.