Lebanon's New Year Resolutons in all Shapes and Forms 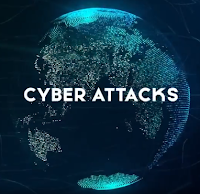 The year started off with a steady flow of Lebanon related assignments and projects. It seems to be maintaining that pace for February.

From a national awareness campaign to overcome the residual impact of Lebanon's catastrophic blast in the port of Beirut in August of 2020 to a promotion for Healthy Heart Care, Diabetes Control & Prevention and a National Cyber Security roll-out drive. It's all a collaboration of Lebanon's Advertising Association industry to create rallying calls to focus attention on where they're needed most. The blast, nearly six months old, left most of the country devastated from the initial explosion or as collateral economic fallout.

It should be noted that on (Wiki) August 4th, 2020, a large amount of ammonium nitrate stored at the port of the city of Beirut, the capital of Lebanon, exploded, causing at least 204 deaths, 7,500 injuries, and $15 billion in property damage, and leaving an estimated 300,000 people homeless. A cargo of 2,750 tonnes of the substance (equivalent to around 1.1 kilotons of TNT) had been stored in a warehouse without proper safety measures for the previous six years. The explosion was preceded by a fire in the same warehouse, but as of January 2021, the exact cause of the detonation is still under investigation.

The blast was felt in Turkey, Syria, Israel, Palestine and parts of Europe, and was heard in Cyprus, more than 240 km (150 mi) away. It was detected by the United States Geological Survey as a seismic event of magnitude 3.3, and is considered one of the most powerful artificial non-nuclear explosions in history.

Here's a frame from the video to help promote awareness of the hundreds of shipping containers laying idle in the port of Beirut. The Lebanese people wanted to show they could defy their fate and transform that area into a giant structure made out of those containers. Titled: “Beirut The Star Of Hope” and adorned with specialty lights, artistic designs, illustrations and messages of hope featuring several Lebanese artists.