What anyone in this business...or any business fears is the changing of the guard. Things happen to those brothers from another mother as they say when the company you've been working for either gets taken over. Or you loose your connection to a company as result of that company going In-House with their advertising. Changes are inevitable and will have little to do with your past performance. It's usually just a matter of bringing in their own people to replace the present crew. Just happened with a company after 15 years where they were gobbled up by a mega-brand. Even though I was told there would be no changes regarding their VoIP, sometimes it can't be helped. And it's completely understandable. They bring with them their own ideas of company image along with established relationships.

The best thing anyone in business can tell you after a new rank & file comes in... they STILL want you On-Board to continue representing their company image.


Canobie Lake Park's Screeemfest division, whom I've supplied the Creepy-Guy voice for almost a decade via Collage Advertising, is continuing In-House with us this year with a full round of announcements. Now the next thing someone in business will tell you is 'Don't screw it up' .

Lot of things to consider startin' out fresh and all. Couldn't be happier that they like the product, but the ground rules may have changed. Top-of-the-Chart is Money. Not my favorite part. There's a client or two that has gone yonder 'cause of misunderstandings. So far the folks at Canobie have already shown their generosity. So, the bar is set for what I hope is the beginning of a mutual friendship...ain't that right. Louie!

Correction: November 2, 2008
An obituary last Sunday about Lou Dorfsman, chief of design at the Columbia Broadcasting Company, referred incorrectly to the design of the artwork for the CBS headquarters’ cafeteria wall, “Gastrotypographicalassemblage.” Although Mr. Dorfsman developed the overall design, the typography was by Herb Lubalin and Tom Carnase under Mr. Dorfsman’s direction. 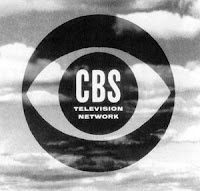 In 2007 we had the pleasure of Lou's company and he mentioned to our staff that he was responsible for the development of the famous CBS Didot typeface that followed the archetypal CBS eye logo graphic. William Golden in 1951 designed the emblematic CBS eye, amid the most identifiable logos in the world.


After Mr. Golden’s sudden death in 1959 at 48, Mr. Dorfsman was named creative director of CBS television, and in 1964 he became the director of design for the entire Columbia Broadcasting System. A few years later his title became senior vice president and creative director for marketing communications and design. The cleverness and subtle beauty of his advertisements were credited with winning over many viewers to both news and entertainment programs on the network.

Lou studied at the Cooper Union, where he received a four-year scholarship, and it was not long after his graduation that he began working for CBS. In 1964 he became the design director for all of CBS. As the design director he oversaw the use of the famous CBS eye logo and proprietary typeface, called CBS Didot. Lou also designed the interior signage and graphics of the entire CBS building, designed by architect Eero Saarinen. One of his most revered works was the Gastrotypographicalassemblage, a 35-foot long wall of carved wooden words, created for the dining area in the building. It now resides at the CIA. Remember, it was Herb Lubalin & Tom Carnase who designed the typography.


Mr. Dorfsman remained with CBS shortly after Laurence Tisch assumed control of the company in the mid-1980s and instituted cost-cutting programs. Somewhat rebellious to such programs, Mr. Dorfsman designed an annual report that lacked any visuals or typographic flourishes. After Mr. Dorfsman left in 1991, William S. Paley, the former chairman of CBS, asked him to become creative director for the Museum of Broadcasting, now the Paley Center for Media.

Posted by Tom Clifford VO at 7:08 AM No comments: