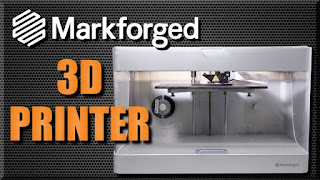 The copy says it best; Go from design to industrial parts at the touch of Print!

Markforged is a manufacturer of 3-D metal printers. They're an eight year old start-up company that's an essential manufacturer based in Watertown, Mass. They have the largest online fleet of industrial 3-D printers in the world.

They bring software, hardware and materials seamlessly connected together into one platform called: The Digital Forge - cloud-based, AI powered and always improving. They have printers that have the ability to print with metals, with composite reinforced carbon plastics and recently just launched the ability to print on copper. I'm guessing that's some pretty big NFT's.

They didn't want a traditional voice or attitude insomuch that their printers were certainly not traditional. Geez, metal printing is rather unique in that they take a hunk of metal, not just composites or carbon plastics and let you cut things away to create just about any object. The production director initially contacted us in hopes of using the same tone of narrative voice we used in the Terminal Bar years back.

Well, as chance seems to have its way sometimes, the direction of the read shifted away from that of the TR attitude or timber. It is an unbelievable phenomenon in this business and it happens all the time. You get hired for one read and as the session develops, the voice gets reshaped. Throw in a touch of re-sampling (top pic)... and Voila.

We did the session here in our studio with conventional phone patch. They suggested using the more fashionable format of Zoom. But, since we hadn't used it for a sure fire, glitch free session yet, we opted for a basic land line. After cyclone storm Sandy, most if not all the copper communication lines in our area were refitted with fiber-optics, making old pro standards such as ISDN no longer viable. Click Soundbar (normal read) 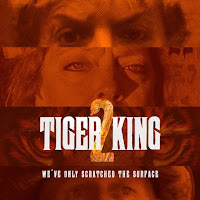 Speaking of cool things like that wave form generator, Stefan Nadelman, just happen to reach out recently to announce that he's the director of visual effects on Tiger King 2. Of course I mentioned the recent job due to to him. He thought it was great TB can still work wonders with the six degrees thing. He also finished working on the David Bowie doc that will roll out this summer. Plus, he's doing the final tweaks on a Netflix series called "Bad Vegan" that airs March 9.
And was excited to announce - that he started working on a new Judd Apatow doc about the one and only George Carlin.

All this during the 40th anniversary of the Terminal Bar's closing on 1/8/82. Then Stefan throws this link at me to an art gallery on New Bond Street in London, England; The Halcyon Gallery. WTF, art gallery. He says: "Check out the link (below)... I guarantee you will be gobsmacked" So, I click the link. GTF. Bob Dyan's an artist. No no, an actual artist...a painter. You know like Tony Benedetto. And guess what Mr. Tambourine Man painted amongst a lot of other cool stuff. He painted the "Terminal Bar". Here's the link to click: Bob Dylan's Terminal Bar painting 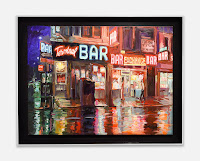 Stefan continues writing: "Seeing this, you may wonder, is there a possibility that Bob Dylan, at some point, watched Terminal Bar and caught your voice-over? Could his ears have received the smoky tones emitted by one Tom Clifford?"

One could get a swelled head every 20 years or so. Maybe the times they are a`changin.