Inadvertently, this months BLOG focus has to do with the changing landscape of… “We interrupt this formulaic lead-in, to say - The Sheriff is Near”. Or to put it more mildly, there’s a new voice in town, and it ain’t human!! 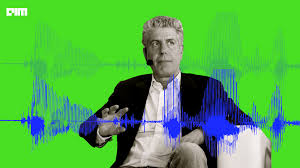 That’s right, those-in-the-know have been sayin it for years - that any day now they’ll develop an audio program that’ll enable an audio editor or god forbid (anyone) to take a voice slice of let’s say; JE Jones, throw a splash of Tom Hanks in there with a smidgen of Pee Wee and voila, your VoiceOver is ready! Has that day arrived?

See if you can tell the difference 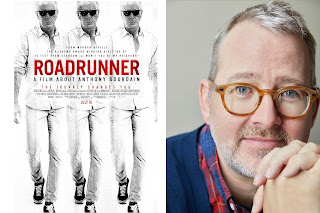 Damn, we didn’t expect a new sheriff till we got really old. But, after the opening of Morgan Neville’s new documentary called “Roadrunner”, about the life of Anthony Bourdain, it appears that just 45 seconds of it is drawing much of the public’s attention. It's been found out that there’s a few lines of Bourdain’s voice that's AI generated. And inadvertently, with that announcement floats the Genie right outta the bottle with the advent of Realistic Voice Replication or cloning.

Morgan Neville’s new documentary on Anthony Bourdain has Neville’s use of a voice cloning software to deepfake Bourdain’s voice for a commercial documentary: Roadrunner (sparking criticism and ethical concerns). Of course these folks are concerned with the ethical aspect of automating his voice, whereas the folks in the VO biz are concerned with the days left before they have to get a real job.

Coincidence or not, there has been a flurry of chatter on social media over the last few weeks with the advertising of automated voice generating software programs. Some promising to "Create Text-to-Speech Voice-overs in just 3 Simple Steps...without Recording a Single Word". If you're old enough to remember back when the music industry had it's own technological awakening, with synthesized music replacing live performers, then being in the voice industry right now could be leaving you with that not so fresh feeling of uncertainty.

Perhaps all is not lost... just yet, anyway. The Bourdian deepfake centered mostly on cloning Anthony's voice from hours & hours of his own voice sampling. I'm sure the bill on those 45 seconds was formidable. For what it's worth, the consensus on the text-to-voice programs are sketchy at best. And after digging and digging for any scrap of info regarding the "software company" associated with Bourdain's voice cloning, all's I could find was a company called Descript and their cloning software named Overdub. Again, they made it clear that much time is spent "training" the software to learn, so there's almost as much time being spent (at least during this initial stage) formatting and tweaking the AI voices for commercial use, as there would be to pay a human to do it manually & naturally. 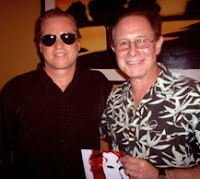 FLASH: a BLOG reader was kind enough to share a link AI gave Val Kilmer his voice back regarding the ill-fated voice of Val Kilmer and how a voice-AI algorithm has helped him communicate both personally & professionally. Val describes in detail how his voice was restored via AI after surgery for throat cancer in his new documentary "Val" now streaming on Amazon Prime.

~ Here's Val and I at Chiller photo Op ~

On a different note entirely and catching us by surprise is MTV's 40th Anniversary. MTV turns forty tomorrow... and hey, radio didn't die. As part of their original programming MTV/Paramount produced an animated show called Celebrity DeathMatch, where we were featured regularly.

The weekly series was a staple for wild & wacky fun between 1998 to 2007. It was a late night venture that featured a novel approach with it's use of 'Claymation' of animated celebrity figures. 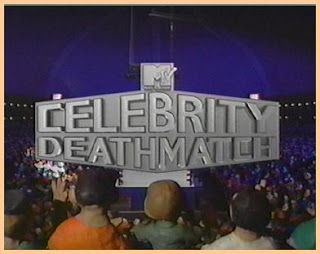 Of course they needed celebrity sound-a-likes to represent those figures. In a mock-like Madison Square Garden boxing ring arena, filled with blood thirsty spectators, they'd pit celebrities duking it out (to-the-death) with two play-by-play Claymation announcers... AND a recurring referee complete with the actual voice of Mills Lane (the famous World-Boxing referee). Between two agents, I was racking up some nice credits on the show voicing the likes of: Rodney Dangerfield, Nick Nolte, Chris Tucker, Sammo Hong, Teddy Roosevelt, Emeril Lagasse, Charlton Heston and many more. The link below is to the Charlton Heston episode pitted against Russell Crowe...voted Best Celebrity DeathMatch by Celebrity Judge - Jerry Springer: It don't get much better than that!

Here's a Tribute to Jackie Mason addressing an issue he mighta tackled with his off-kiltered wit had he been around a little bit longer. Mr Mason passed away July 24th at Mt. Sinai Hospital in Manhattan. He was 93 years old. 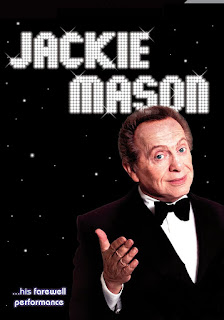