As the year comes to a close...what have we learned, earned...and never Burned 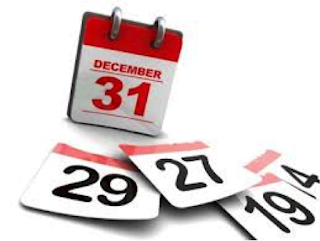 As the year is coming to an end...
you look back and try to digest, celebrate...even project maybe.

It was a good year even though there was a bit of compromise and learning curve with the flipping of those 'you-gotta-be-kiddin-me' situations into positive opportunities. Doing a Spock mind-meld sorta helped with the reversal. 'Please sir or madame, may I have another' is the anthem. In other words, even tho you might feel you've given away the store already, offer m-o-r-e and see what develops. People pay a lot of money for our service. Product, to some can be measured as a mere mp3 file...an intangible. A willingness to give more without lessening your 'value' puts you into a new frame of mind and can have a cathartic effect. It also avoids any semblance of bridge burning! You've done everything you could possibly do...and then some. I felt better for not having the "dwell" factor. And sometimes you get the real skinny if there was a situation in the first place. Life must be bright and bubbling with cham-pag-nee, don't you think? (Love Affair's, Irene Dunne thinks so anyway).

So, from now on, I'm trying to be more perceptive to any question of what's expected or if there's something a bit off kilter. Then, effort to put it back on the table and make clear. All-in-all, it was a respectable year...for a multi or inter-disciplinarian (phrase-of-the-year).

Got a national voice-over gig with Axial RC Yeti Trophy Truck vehicles airing on CBS Sports Network... which was a flip from almost nothing to full union scale. Axial, is a stand-up company and towers over their 1/10th sized vehicles with Full-Sized integrity.

Did more VoIP programs than ever and had the good fortune of producing a few with the FaBo- September Day Carter...

Continued regional & local spots for the haunt industry ala The Scary Voice for the likes of; The Mortuary, in New Orleans, Louisiana and Canobie Lake Park's ScreemFest, in Salem, New Hampshire.


Got a bit of Xtra SEO with the use of a vintage Celebrity Death-Match episode I did of Donald Trump back in the '90's. The Donald went toe-to-toe with CNN's Megyn Kelly after opting out of the latest presidential debate almost a year ago. The Celeb Death episode has The Donald pitted against Don King the fight promoter. My Don was OK with a half-way decent "You're Fired".

Top-it-off with the best for last - With the Family Guy's producer come-a-knockin in August. Did a back-up for a six worded Denis Leary line. Been a little quiet for any residual work and played it cool with the follow-up nagging...tho, might be a good time for a little year-end reach out.


Take a scroll down and see for yourself the posts and links to all the years work.