Here's a quick lesson on the ease of putting together a "Quick Cut' video.


I was asked to help-out with some camera & production work for the New Hyde Park Museum during their street fair on September 21st. Just shooting yourself or participant while talking and later putting a few finishing touches with a basic movie editor like Windows Movie Maker, allows for a social video post (YouTube/Facebook etc) with all the SEO benefits.

Do as many 'takes' as necessary and get it in-the-can as they say for editing out the flubs later. When you edit, you can chose the beginning & end of the piece, maybe adding a title or simple fade-In's & fade-Out's.

Here's Frank Scaturro for Congress doing his thing at the fair. We did 2 takes because one of them had a jet going by. With a nice title and some polish of the sound & video, makes it look fairly professional.

By: +Tom Clifford, VoiceOver & Creative Services
Posted by Tom Clifford VO at 8:40 AM No comments:

Halloween "Out-Break" at the Mortuary 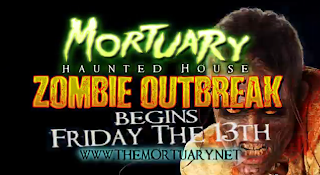 Just in time for the season to start creepin-in, the Mortutary breaks-out its 'Zombie OutBreak' spot!

Featuring the fast talking creepy-guy; Tom Clifford, with a slash of un-n-e-r-v-i-n-g video cuts...to make Patient Zero a dead-ringer for fright! The voice is a combo of nasty snarl with some evil (Vincent Price) tongue-in-cheek goin for it. Been in demand since Elswarro started puttin it to use almost 10 years ago. Jason Swaar is an independent film maker and can be found at: Jason Swaar interview - Halloween Date Base

By: +Tom Clifford, VoiceOver & Creative Services
Posted by Tom Clifford VO at 7:38 AM No comments:

In-A-World where you can be at two places at a time, it's still amazes me that a guy from N.Y. can do a scary voice for a firm in Arizona and somehow have it make its way back to N.Y. to play on N.Y. cable. Click to play TV spot


That's the story behind this weeks mutli-media campaign for Karts Raceway that features its 'Fright Night' venue for the Halloween Season. It all starts with seeing the spot quite by accident last October. Figured, maybe worth a call to Karts to see if they ever want to use that scary/creepy-voice for some custom media. Well, it wasn't all that easy. I'd have to say that it took almost a full year of calling indiscriminately every couple of months to finally speak with the owner and find that he would be ecstatic to use my voice for all his Halloween media and my other voices for the racetrack for the rest of the year.

By: +Tom Clifford, VoiceOver & Creative Services
Posted by Tom Clifford VO at 6:01 AM No comments: