On the heels of the "teen" years, we're literally & figuratively becoming of age as we arrive on the heels of 2022. No more rookie status. We're supposed to be passed the age of reason. You know, grown ups.  Just barely; with 330 days or so of another administration. Time to look back and try to digest, celebrate...even project maybe. Yeah, that's the ticket. Can't help but project that at any moment I'm expecting Olson Johnson to bellow: "Never mind that Shit... here comes Mongo". Only this time it ain't Alex Karras but a new variant of COVID that's even m-o-r-e deadly...and still no sign of Dustin Hoffman. Nothin to worry about, right. Smooth sailin all the way through to the 30's. Where my father, with regards to Broadway, thanks you..my mother thanks you..my sister thanks you... and I assure you, I thank you. How's that for your standard Yankee Doodle'in!

The operative 'words' for this year could be - (inter or multi)-disciplinarian. Either way the year felt a bit more stabilized than last year. The work was there, internationally in particular. The spirit's there stateside. The body is still a bit shy to go total normal. Even though I hear things are starting to just plop back to where they were pre-pandemic. Still wearing a mask but not diving into the Coronavirus section of the Sunday paper to see the who's-of-whom have been vaccinated in town. But there still doesn't seem to be a Clear Picture of what's presently happening...and where. Traveling are we.

Yet all-in-all, you could say it was a respectable year, in a One/Two/Booster COVID-19 sorta way. Below are a few highlights to the year Worth Noting. But, first why not a...

Music 'Producer Tags'...an Unexplored VO Frontier. Got lucky and was given the chance to voice what's called a: 'Producer Tag'. Generally, producer tags (sometimes called drops) are prerecorded vocal snippets. They often feature all or part of the producers name or signature at the beginning of most of their instrumentals. These tags also serve as artist provenance and act as an important function to an essential, but often overlooked, contributor to the finished song. 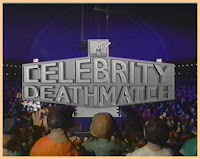 On a different note entirely and catching us by surprise is MTV's 40th Anniversary. 8/1/1981, and MTV turns forty... and hey, radio didn't die. As part of their original programming MTV/Paramount produced an animated Clay-Mation series called; Celebrity DeathMatch, where we were featured regularly. 'WE' as in the many-voices-of. One of the very coolest platforms to audition & perform tons of celebrity figures against the actual voice of Mills Lane (the famous World-Boxing referee) and two play-by-play announcers.

Not just another venue for voice-overs but a whole new world. What's the buzzword in the textile industry - Micro Fiber'ing. Tom Clifford stylizes the introduction soundtrack of: TexPro with a particular emphasis on: Technical Textiles -  A centralized market hub of Fibre 2 Fashion that gives information on raw material prices to patents and tenders within just a few clicks...to play 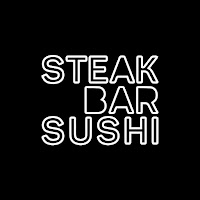 The ad agency wanted that gravitas to bill-board the shots of the founder and CEO of the successful restaurant franchise: “STEAKBARSUSHI” . The copy was chocked full of text with esoteric and inspirational phrases like: "There are many mysteries on earth...the power to surrender to obsession"
Just short of doing a scene from Patton was the idea of combo'ing the WM Jack protocol with George C. Scott... then let the throat rest. And Voila, there's your bottom! Check out how close we came to Redd with our VoiceOver mix on the link up above or right here at the BAR You'll feel much cooler afterward and maybe a little hungry.

A little more than a year ago in August of 2020, a large amount of ammonium nitrate stored at the port of the city of Beirut, exploded, causing at least 204 deaths, 7,500 injuries, and leaving an estimated 300,000 people homeless. Boehringer Ingelheim contributed funds that made possible first aid, medical supplies, psychological and financial support to Lebanese families and their family's friends.

The Creepy-Voice commercials returns for the new attractions at The Mortuary - being co-sponsored by Fanta and Barq's beverages and feature QR code interaction. So, point your phone at the square and we'll pop out at you with the full shtick...complete with a set of COVID-19 instructions.