Blue Screen of Death - Are Your Assets Covered

Well, it happened. Just like you tell yourself it'll happen...the dreaded Blue Screen of Death! It was a sinking feeling in the belly. A wallop! How could this have happened? I've been so careful. Could everything on that computer be lost? And how thorough has the backup routine been?

Then comes denial as to when the last back-up of the 'essential' files were actually done? Geez, it's been more than a year for some. We kept intending to feed that 32 gig USB gizmo in the back of the machine with updates.

Another phase is acceptance. OK, we're screwed, but by how much? Let's take stock. It's been a few years where we started with Windows 7 outta the box. Then we upgraded to windows 8.1 running an i7 core with 64 bits and a terabyte of hard drive. Plus, an optical sound card installed to record digitally. This baby was fairly up-to-speed even by today's standards...and lightning fast. But get this - as of December 2020, Microsoft stopped making upgrade service packs for Windows 7 machines. And I also made the mistake of not testing the 'boot-up' software. Truth is, who ever really does. Well...

With the aid of a couple of seasoned techies, we've come up with a possible scenario as to how the Blue Screen may have occurred. As it seems to be a trending practice in business today, free-rides of any sort, ain't hap'nin' much anymore. Case in point, my popular web host'er is no longer supplying free email service with domain purchases. That's like buyin' a hot dog without the bun. "Well, did you expect it to be free forever" was the rebuke I got from 3 different rep's. Hummm, that don't sound rehearsed! And they arbitrarily migrated all my emails to Outlook and supplied a dot exe link to download an assistant.

So, I downloaded it and thought it had installed. Got busy with something else and never gave it much thought afterwards. However, the next day when the machine was turned on, instead of being greeted with the usual password box, I had the: The Blue Screen of Death. Coincidence; to the install of the assistant...who can tell? But, if anyone out there is thinking about installing migrating assistants or any dot exec's on older machines, they might want to consult your local techy. Or, at the very least, make sure you're in possession of the boot up software.

We tried almost all the remedies and iterations to resurrect the machine. None did the trick. Some came so close that it might just be a matter of finding the correct boot disk sequence. 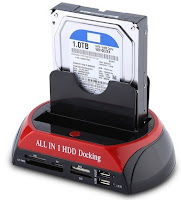 Those techy's were invaluable. They advised to buy a 'Docking Station' for the hard-drive to be read. We were at that stage of acknowledgment. IF the Hard-Drive wasn't corrupted, the station would allow the data to transfer to another machine or disk.

Almost every bit and zero was salvageable. Less and less loyalty was being placed with the older machine and more and more thoughts were heading towards a Brandy New One. I shoulda had a 'docking station' all along and highly recommend them - Twenty dollars at Amazon.

Speaking of Amazon - they had a machine with a 10th Generation Intel Core, Super-Speed USB ports with one that's a type 'C'  3.1, (AKA Thunderbolt 3) for big-time gig rate transfers! USB - C type explained

Well, at least if I had to make a major purchase for what feels like a comparable machine, it's a step-up to the 90's with some New & Improved innards. Could be me, but there's little in the way of 'creative designing' with the current offering of 2021machines. By all appearances, they opted for the " a lot less is more" dictum when they designed the towers.

Perhaps, they have it on good authority that these machines sink into oblivion once purchased. I think almost all the computers I've used were relegated under desks...inside drawers with a big-ass hole on top of the desk that was accented with a cool rubber goodie for all the wires to go through. Then again, not only do the new desktops seem to be altogether smaller in size, much lighter and noiseless to sit unobtrusively amongst the Rolodex and answer machine, but could this be an early clue, to the new direction of desk-tops actually sitting on top of the desk!

It certainly would make operations easier.

The machine 'Up & About' would relieve the frustration with the vertical DVD feed and retrieval the new machines assume. It'll also make rear & frontal USB slots more user-friendly. Especially, with the never ending fight over 'which side of a USB is the right side'. Will it be a new phenomenon that'll become an occupational necessity to let the towers intrude on top of the desk after all? BTW, USB 3.1 's operate with either side in.