Although not as glamorous as say a voice-over for a National TV spot (Axial Trophy Trucks) On-Hold program voicing has become a tangible adjunct for making money and keeping a hand in the local & regional markets. And I've always enjoyed the 'real' aspect of dealing with Main Street and one-on-one with people who own companies. 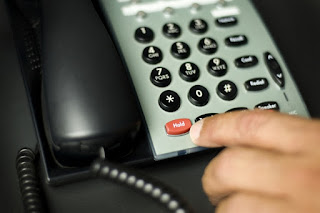 In the case of some clients that need hardware, there are sure fire devices that can be the difference between working or not if you have a handle on where to purchase the player units. But mostly, it's just a matter of sending an mp3 file via email as we do with any other job. Below are a few clients that in the last few months requested Message-On-Hold programs from TC & Company with variations of Male/Female voices and in English as well as Spanish.

I remember when I was represented by Abrams Artist Agency, one of my agents had called a dermatological practice and heard me on hold. Well, it was almost tantamount to having my career in the dumper for such civilian work creativity. Back then, there was actually client contact and maybe on site facilitating of a machine! As time & tech went on... a CD disk could be mailed for program updates. Nowadays, I send an mp3 via email and they simply drag & drop it onto a memory stick that gets placed into a digital player...cheque please.

By the way, that same agent just a few years later took me aside and asked me how to produce and service a Message-On-Hold client; were there any audio programs I preferred using, what were the costs and what does an announcer/on-hold program producer charge for a program and updates. It seemed legitimized when he heard the fees and ease of doing the programs...that sometimes lead into other more respectable prospects. AND, with the residual feature of eventual updates that merely get emailed, On-Hold programs resemble the same arena as radio & tv spots.

Posted by Tom Clifford VO at 11:17 AM No comments: