Stefan Nadelman, is a name that appears with some frequency around this BLOG.

Our journey began some time ago while voicing his award winning documentary of a New York City icon of the times and subsequent follow up Doc. Terminal Bar 'Two' link 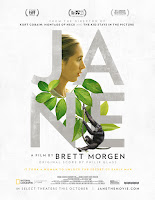 And very happy he continues with his present day-job as credited movie titling animator...and then some with Cobain and now with Nat Geo's - Jane, hitting the theatres. 'Jane' Trailer animation

Stefan handles both the titling and animated sequence scenes with his gritty unvarnished flashes of pop art story-telling. He can bring normally overlooked objects and personal archive writings to dance alive with a fresh conveyance. Almost in a new medium type of way. Throw some Phillip Glass down as your musical sound trax and damn... you're traveling back through time...or at least it feels like it and it's always cool lookin. Nat Geo (Jane-the-Movie) website

But, Stefan doesn't stop there. He just emailed  - that he's almost done wrapping on the Garry Shandling documentary he's animating. Being directed by Judd Apatow, Stefan will concentrate on the journals & notebooks of Garry's for animating scenes and titles. He said, between Cobain, Jane & now Garry, that makes three lives he's gotten to know intimately. 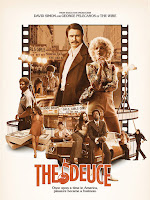 Stefan went on to mention he read an article that the HBO series - The Deuce (a nod to 42nd Street) had its key visual reference based on photos from this notorious dive across from the Port Authority back in the 70's & 80's...called The Terminal Bar 'One'!

Here's the link to the article in the LA Times:
http://www.latimes.com/entertainment/tv/la-ca-st-fall-preview-the-deuce-20170908-story.html

CBS's NCIS (NOLA) features The Mortuary in its plot this week 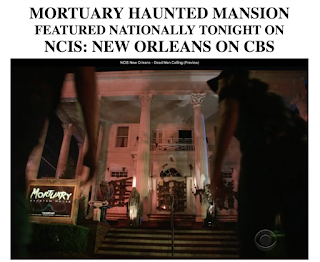 The Mortuary has been home to some very scary voices over the past decade and are now getting their due as one of the best haunts in the industry by being featured in the CBS series NCIS (NOLA) this week. Hope I played some small part to that end.

Featured as an integral part of the show's plotline, The Mortuary's creepy insides are revealed in great detail and offers the perfect venue for mystery & mayhem. Not a bad little piece of exposure for both of us.


Posted by Tom Clifford VO at 1:46 PM No comments: