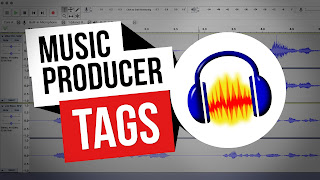 Had the occasion to get involved with voicing a music 'Producer Tag'. Generally speaking producer tags (sometimes called drops) are prerecorded vocal snippets. They often feature all or part of the producers name or signature at the beginning of most of their instrumentals. These tags also serve as artist provenance and act as an important function to an essential, but often overlooked, contributor to the finished song.

How it plays into the voice-over game is obvious. Adding a professional voice to add color, nuance and effective engagements could be the difference between a successful tag and artist. With a bit of effortless Googling you'll come up with more than a few contenders...including Fiverr. What makes it worth the trip for voice actors is the challenge to interpret the artists intent and how to make the pairing work. Not-to-mention, it's kinda cool.

From a VoiceOver standpoint of untapped resources or ones that could at least provide a little creative stretching, it shouldn't be overlooked. Dropping tags at the start of a song has become an inescapable-staple in music.

Having its roots anchored in the 90's mix-tape culture, when DJs would do name shout-outs over their tracks, tags have become a way to build brand equity in an industry where producers only got credit in album liner notes. These days - liner notes are harder to find than Trump's taxes. Fluctuating CD and digital music sales have many producers developing signature drops to make their presence known. Which in turn has lent credence to tags as an actual component of songwriting.

I was introduced to producer tags quite by accident as part of a favor for a client's daughter. Always willing to help out the cause as it were, I dived into the genre with both feet, albeit a little wobbly. You see, I was working for grandpa. and supposed to sound like it too. Amos McCoy that is. Walter Brennan, to anyone not born in another millennia. The chief grandpa and producer at grandpa. wanted a specific sound for a short line to be read as an old codger. Something tells me her dad had something to do with Walter. The line was " Well, back in my day" . They did some tweaking here & there plus adding a bit of echo and Viola. You can find grandpa. at Instagram and can check out her new single Distrokid with links to music previews at: Spotify, Apple Music, iTunes and Amazon.

Signature tags are artistic hooks. The reasoning for younger producers wanting to use a tagline may evolve as their career scales to a certain level of success. Some contend that as technology advances at lightning speeds it's lowered  the barrier for entry that producers often use to make themselves stand out...especially in an industry where over-saturation can lead to musical stagnation. Perhaps it's because it’s a part of the culture now, where sometimes the producer is bigger than the artist and the producer tag helps the artist be heard.

Love them or hate them, tags have become so woven into the music scene that it’s pushed producers into the spotlight. Some, even get credited as featured artists on tracks. VoiceOver people can be an integral part of the producer tag process. One more arena to belly up to the microphone and show 'em what you got. 'Course, if the music ain't happenin', tag or no tag ain't gonna matter.