Tc & Company gets Vocal on Tinol's "You Name It" Campaign 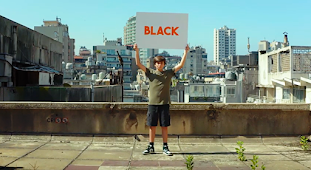 For many years now, choosing a color in Lebanon has meant choosing a political side. You see it in branding, protests, on billboards, marking their territories and creating more divisions among the Lebanese population. The day after the last Parliamentary Elections in 2022, the Lebanese people woke up to an even darker political context and a country losing by the day its colorful spirit. 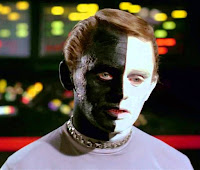 A tad close to home, but when I hear or read stuff like this, my mind flashes back to the Star Trek episode "Let That Be Your Last Battlefield" with Frank Gorshin, the impressionist. His character Commissioner Bele, questioned if Kirk and Spock weren't blind not to see the obvious distinction between right & left sided faces. One Black...one White. Ah, but on which side of the face are they white & black? Don't despair. There was a lot of pause-acting from Capt. Kirk for xenophobe Bele and the rest of us to get the message.

The Lebanese people continue to struggle with 'obvious distinctions'  while having to deal with extended power cuts, a growing bread crisis, water and fuel shortages, increases in poverty along with increased hunger rates and limited access to proper medications. All the Lebanese are living in the dark. The colorful spirit of Lebanon is sadly disappearing…leading the country to a total economic meltdown. 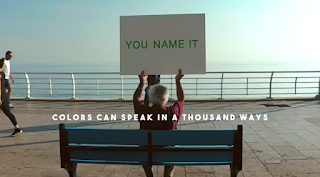 To revolt against this gloomy reality, Tinol a leading paint brand in Lebanon, stepped forward to contribute  “symbolically”. Aimed at disarming the political parties, by depriving them of their color appropriation, and giving back this right to the Lebanese citizens. Tinol launched a unique, initiative…A colorful revolution with a twist; in which RED claims to be BLUE, ORANGE to be GREEN and so on...You Name It! 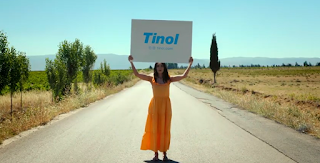 Tinol wanted a distinctive roll-out for their outdoor media "You Name It" campaign all over Lebanon. The effort was ON to break the strong association that was being made between colors and the political parties - making a bold, disruptive, and colorful statement. Revealing your own color, became a sort of game to express differences in a peaceful manner and a reminder that colors can speak in a thousand ways.

Our job was to make the voice as emotive as the spirited music track. At least that's the direction from the advertising camp. The music is pretty intense with flourishes and serene moments and the wrap-up of course. And there was a template for additional guidance as to tone, approach-ability and a leave-no-question as to our trustworthiness. The voice, after all said & done, had developed into an assertive character. It was a cross between a newscaster and meaningful commentator...but, in a good way we hoped. We were feelin' the magic! Click below for an abbreviated pre-quel to the final.

Over on this side of the world, we were invited to attend some very hep sounds in NYC at the College of Performing Arts at The New School on the 20th. A good friend of ours has been singing her heart out in this choral society she's belonged to for quite a few years now. Our seats were reserved, brand spanking new and built for a clarinet. Masks weren't optional. Small price to pay (free) to be a part of this gala event of the season. We were about to hear a few hours of a rare staging of the New York Choral Society stylings against Duke Ellington’s Sacred Concerts. Check it out. It was in partnership with the College of Performing Arts. What a nice surprise of theater peeling back the rich layers of Ellington rap plus some rat-a-tat-tippy-top-tap to top it off!

Combining elements of jazz, classical music, choral music, spirituals, gospel, blues and (Tap) dance, Ellington’s three Sacred Concerts were first performed in 1965, 1968, and 1973. Ellington said it was the most important music he’d ever written. Because of the scale of the music and the number of artists needed to perform each work, Ellington’s Sacred Concerts have rarely been performed in their entirety since his death in 1974 and have not been performed in a concert hall setting in New York City in over 35 years.

The Sacred Concerts would not be possible without YOUR support. Your donation, in any amount, makes this historic production possible. DONATE HERE. Thank you!
- New York Choral Society 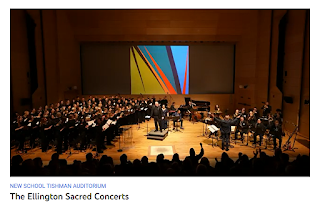 Click above pic for Utube link to watch replay of Nov. 20 Concert