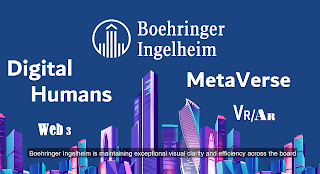 As it is described in TIME the word metaverse is often traced to Neal Stephenson's 1992 dystopic cyberpunk novel Snow Crash. However the MetaVerse is far from far flung sci-fi stuff...it's not even new.

Whether in a virtual reality (VR), augmented reality (AR) or simply on a screen, the promise of the MetaVerse is to allow a greater overlap of our physical and virtual lives in wealth, socialization, productivity shopping and entertainment. 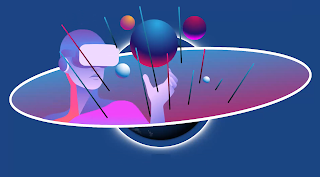 These two worlds are already inter-woven, no headset required. Think about the Uber app telling you via location data, how far away the car is. Or how Netflix gauges what you've watched before to make suggestions. And how 'bout that LiDAR scanner on newer iPhones that can take a 3D scan of your surroundings. At its core, the MetaVerse (also know as "web3") is an evolution of our current Internet.

In an age where perpetual change is the name of the game, changing our lives, and in this case, the pharma industry, like the rest of the world, stood on the brink of a new digital transformation. Which was poised for yet another disruption. Or in more theatrical terms ~ Bio-Pharma meets the Minority Report. Enter our new research-driven client, Boehringer Ingelheim; a bio-pharmaceutical company held in high esteem that hired us to voice the launch of their digital tools app. It helps consume and communicate in this new augmented/virtual-reality-digital-human-metaverse. Don't forget that restaurant you just walked by and now flashes a menu your way because you were a customer last week. Perhaps, even reminds you of what you had or contemplated having.

Forget-Me-Nots are a thing of the past in the MetaVerse. Makes you wonder...or maybe just the opposite with trivial bits of info on the tip-of-your-tongue that aren't coming into focus as easily as before. But in the Meta-Verse we're all hooked into instant facts retrieval, as if directly toggled into our own private (Big Bang) Sheldon's. We don't even try anymore. Could the Verse be responsible for flabby-memory-syndrome or (FMS) ? You know, those fuzzy moments of memory loss we seem to have more often than not, regardless of getting so called - Older. It use to be blamed on Multi-Tasking! But, there are just as many millennials walking around these days asking important questions like: What was Ted Knight's wife name in the movie - Caddyshack!

The MetaVerse stands more-than-ready to remind us of names, places and generally whom we and "our eyeballs" were a few months or years ago as we pass through the landscape of our lives. Speaking of which, below is the video of the voice-over we did for Boehringer Ingelheim's rollout of their digitally transformed journey promo. The pacing's a bit enthusiastic towards the end to help build momentum and inspiration within the troops. To check it out, just press play button above 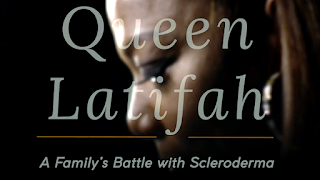 Also teaming up for a cause close to her heart is Queen Latifah (Dana Elaine Owens) for Boehringer Ingelheim's Scleroderma Research Foundation. Dana lost her mom Rita in 2018 to the decease and has dedicated herself to the fight against scleroderma-associated ILD. Today, she and her sister are working hard to raise awareness about scleroderma-associated ILD to help others avoid the challenges Rita faced. Watch their experience below.