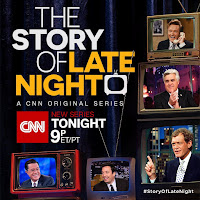 Back in November, 2021 while watching CNN’s Original Series “The Story of Late Night" on HBO Max we noticed a clip of someone we know on a show that we booked them on, that featured a premise we cooked up...some 40 years ago!
The funny part was, aside from that hilarious premise, the clip they were showing was from The David Letterman (morning) Show. So why was it being used to illustrate late night talk shows ? Oh, BTW  that someone was none other than George Willig, who climbed the South Tower of the World Trade Ctr. on May 26th, 1977. Some 45 years ago!

At 6:29 AM the day of the climb, George started up the northeast corner of the south tower of the World Trade Center in New York City. By Ten O'clock, after signing a few autographs for police ascending in a window-washing gondola, he had reached the top. As he gestured and waved towards the crowds below, George was arrested by Port Authority police and was initially slapped with a $250,000.00 fine that was later reduced to $1.10. One penny for every story he climbed. 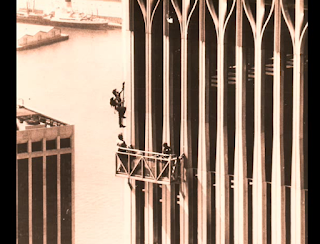 We did an interview with George shortly after the WTC climb and became friendly. I explained to George my connection to Marty Ingels as a free agent to his Celeb Contact service. George introduced me to Steve Lefkowitz, his agent at N.S Beinstock, a sports talent agency at the time. He steered me in the right direction and I booked George on ABC's Super-Star Show and got some nibbles back from the talent folks over at the David Letterman Show. Nibbles turned into a booking for George to appear on Dave’s morning talk show.

Believe it or not, after all the preps and travel arrangements were made and expenses paid, the Talent Coordinator up & canceled George for Dave’s September 19th, 1980 morning show…while he was still in the air! This was before Air-Phones, so there was room to negotiate whereas today we’d be up that creek w/o even a flip phone. We arrived early at the studio for rehearsals and timings. We, included me, George and girlfriend Morgan Brittany, the actress. Originally scripted for the Show's opener was only David climbing up a 45 degree angle and introduce George as part of the guest list.

Yet, after a few rehearsal takes, the scene was falling flat. I was spit-balling a few ideas with the scenic designer and tendered a bit that with the help of a blow up pic of a brick building, we could pull off the premise that George & Dave (side x side on the floor) would appear as if they were scaling the side of let's say - the RCA building. Then cue Dave’s dog Stan who would trot into frame for the comic reveal. It worked. Worked well enough to get me a sit down with Neal Levy the talent coordinator at SNL…thanks in no uncertain terms to Morgan and the Chyron lady! Totally Freaky!
So anyway back in November of last year we were checking out this docu-series called The Story of Late Night. It follows Late Night Talk Shows from their inception to "what made them popular to what have you done for us lately". Then, while watching Season One, Episode Two and listening to Conan O'brien answer an interviewers question about the cultist attainment the Letterman show was getting, there it was - the clip of George & Dave Letterman scaling the RCA Building from the Letterman Show ...41 years ago.

It was definitely a WTF moment and got us thinking - Gee, perhaps we're due some sort of credit here. Nope - nothing about George in the credits. And with that, could there be a fee for the use of the lift from WorldWide Pants, Dave's company. Just spitballing, but hey - this be CNN and HBO…Max no less. With a bit of investigation and apparently well placed messages we got a call back to discuss the matter from the production company. A win insomuch as they didn't tell us to F--- Off. Just the contrary, these guys were from Canada. Happy to report that Canadians are very gracious people.

All in time for George’s 45th anniversary!

Talk about standing on the shoulders of greatness. We would like to remind people who have access to HBO/Max that my pal Stefan Nadelman just had his George Carlin American Dream premier on the 20th. Stefan is the Animation Director on this Two-Parter TV Movie Documentary series, directed by Judd Apatow and focuses on George Carlin's career and ordeals both at home and on stage. 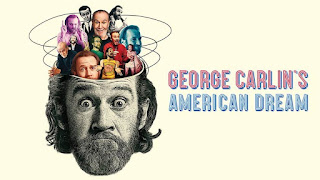 Stefan of course, is the nuts & bolts behind his Terminal Bar tribute to his dad, Sheldon Nadelman. Sheldon not only worked the bar but also his camera and captured a unique segment in time with his multi-dimensional photographs. They depicted a particular time in NYC that was raw, gritty and true-to-life testaments to an Era...where Disney was nowhere to be found. A time when grown men would go into Central Park and never be heard from again era.
Stefan Nadelman as TB's director, music producer, cataloger and distributor transformed those timeless 35 mm shots somehow back into life. I had the pleasure to be cast as a few voices that breathed some life back into those characters from years ago. Coming up to almost Twenty Years!
Check out all the recent Hollywoodland very impressive work Stefan's been up to on his IMDb Page including some past gigs you may have noticed but had no idea it was Stefan's talent behind some of those animation scenes like; 100 Foot Wave, Bad Vegan, Tiger King Two, Into the Storm and watch for his take as (Animator) on the new docu-odyssey about David Bowie premiering in September called: 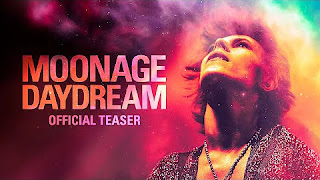 Here's a special Transatlantic email we just got from Stefan and thought it was worth sharing... and it reads:

(5/23/22, 4:11PM) So I got to Cannes today and just had dinner with the crew. Headed to the pre-party and then I’ll join the “delegation” of crew members and we’re gonna do the red carpet in an hour or so. It’s happening!
Tune in! I’ll hit you back when the madness subsides. Stefan

WoW ~ WoW ~ WoW, we know people. Couldn't happen to a better more talented guy! We're so proud of him.

Click the pic to view Brett Morgan's Youtube acceptance speech...and a wee bit of a glimpse of Stefan at the very beginning on the very left hand side of the frame!